The Discover does not always work with this switch ICX7450-48-HPOE. We have some of the same type in use. Sometimes the discovery works and sometimes not. If you do the discover manually then the status changes from red to green. This means that the login credentials are correct.

Then when they are all back to green when I did it by hand, they are back to red the next day. But they are not always the same switch.

What could be the problem?


Error: Could not connect to device 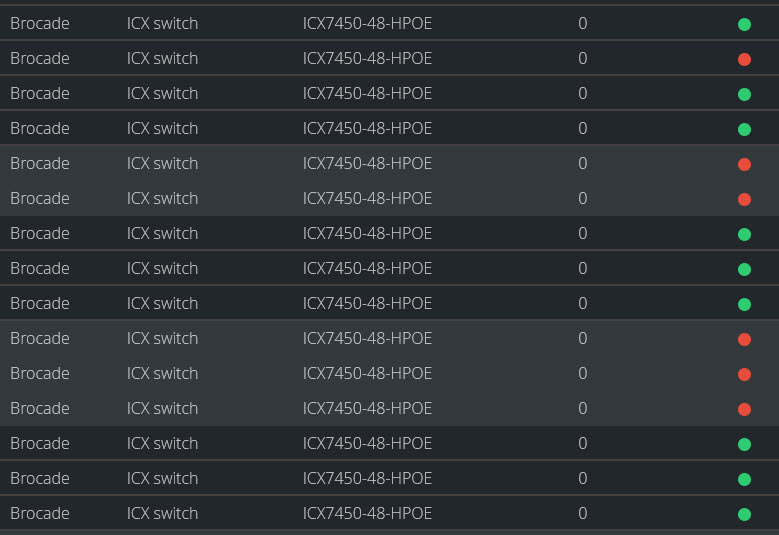 Hi, "CONNECTION_ERROR" means that the protocol-level negotiation was not successful - for example if the port is available but not running expected protocol (e.g. a different service than SSH on port 22).

Since you mention that things sometimes work, and sometimes don't, it's quite possible Unimus is reaching some "limits" that are not allowing SSH connections to go through. Are you using some rate limiting in your network? This might be:
- Radius / TACACS max concurrent login limits
- Radius / TACACS max logins per second / minute limits
- number of outbound sessions from Unimus servers hitting configured limit
- devices themselves throttling logins
- etc.

You should be able to look into the device logs, or enable verbose logging for SSH on the devices and check the logs if they say anything meaningful.

One thing you can try that often helps it to increase Unimus timeouts: https://wiki.unimus.net/display/UNPUB/C ... t+timeouts. I would recommend increasing the "unimus.core.inter-connection-delay" to 1000, see if that helps.
Top

Thank you for your answer and explanation.

We do not have limits in our network.

I have modified the *ini. File with the timeouts.I I will monitor this in the next 1-2 days. I will get back to you.
Thanks for your support!

I've only had 2 Switches in the last 2 days that have dropped back to red status.
I can live with that.
Thanks for the help.